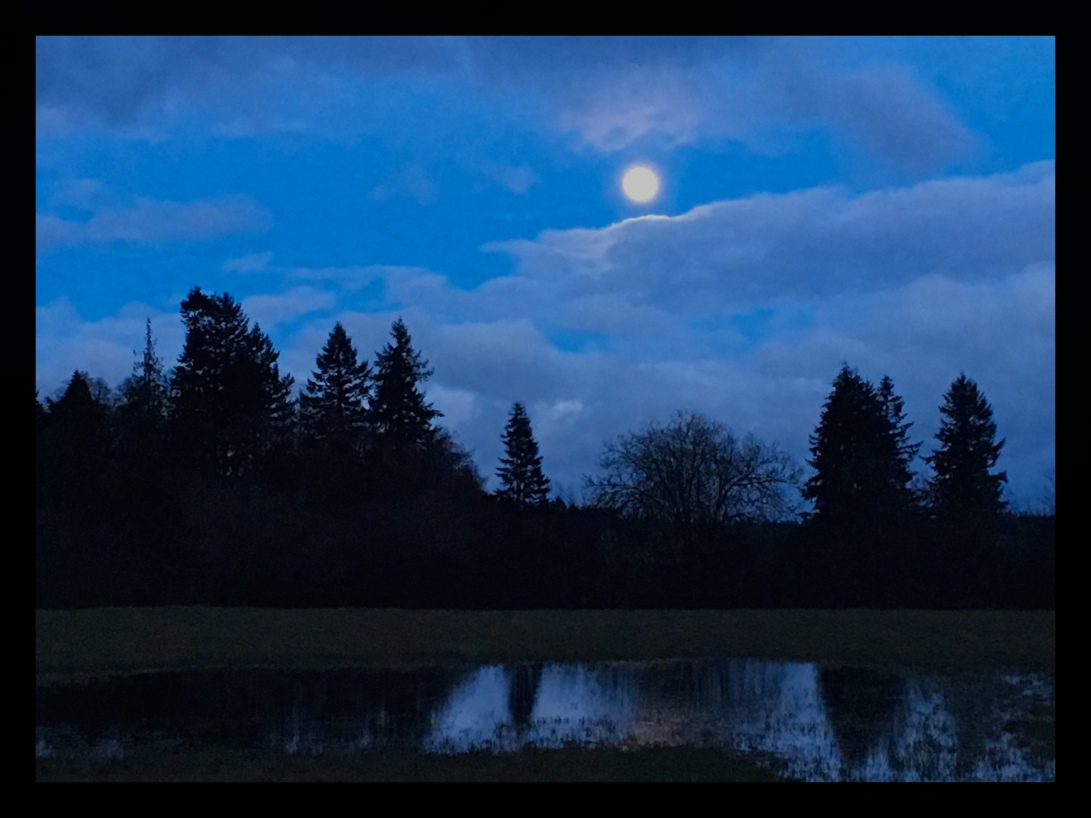 It’s twilight and raining when I leave in the van. I leave Smoke, my eight-year-old, standing alone in the field. (Kellie and Stump are inside.) Smoke’s got his winter coat on with the hood up. He’s holding a long stick and poking at the burn pile that’s been going all day. A sheet of gray smoke changes direction with the wind.

I’m leaving in search of hot dogs. Smoke’s been asking all day if he can roast them on the fire. All day I’ve told him “Sure—I’ll get those later.” Now I’m racing the darkness and I’m losing. The remaining daylight is dimmed by this thick blanket of gray-turning-blue-turning-black. The corner store has one sad package of hot dogs tucked between a basket of wilted lettuce and some string cheese. I don’t trust those hot dogs. I drive another three miles to the grocery store.

By the time I return it’s so dark that I can barely make out my son’s figure. Though it’s distant, I can discern the glow of the dying fire. I wade through thick puddles to make it there. I’m impressed that my son is still tending, unfazed by the dark and the weather. His concentration is steady. This is the same son who normally would spend the whole weekend indoors if I let him; the same son who, when I tell him that we’re going to the park complains: “But we just went outside yesterday!” This is the son who wants only to alternate between Legos, video games, books, and occasionally setting up a pillow fort with his brother. But this fire has now held his attention for hours.

We’ve lived in this place for two months now, and though we have land, we have mostly remained inside. We moved in the dead of winter; we moved through rain to get to school, and drove home in the dark. We’ve spent weekends huddled by the woodstove. We’ve read books and watched movies and baked cookies in our warm kitchen. But now, as spring slowly returns, we learn what it means to live on the land.

Earlier this week Kellie pruned the apple trees and left piles of branches. After school one day I insisted that my sons help me drag the branches across the yard and add them to the burn pile. Smoke protested: “But I don’t even know where the burn pile is.” I laughed at him. “I’ll show you,” I said. I recognized myself in him, getting totally stymied by some minor uncertain detail. Ten minutes later, Smoke was dragging branches when the rain returned. “We can go in now,” I offered, but Smoke declined. “I kind of like working in the rain,” he confided.

All I see now are glowing embers and thick smoke. The branches my son carried are turning to ash. My son spears a hot dog with a stick. He insists they are best when you set them directly against the glowing coals so they sizzle. He’s not interested in my suggestions. He likes ash on his hot dog, he says. He eats it in the dark, directly off the stick. When I ask if he’s scared of coyotes he says, “The fire makes me feel safe.”

Two hours later, after I’ve put his brother to bed, I cross the hall to check on Smoke. He’s been listening to Kellie read. She’s still reading. Smoke is lying on his side, turned away from her, so she can’t see that his eyes are closed and his mouth is wide open. I look at the clock. It’s 8:25. It’s been years—I mean literally, years—since Smoke fell asleep before nine. But he is worn out tonight from the weather and the fire. He’s asleep before bedtime not because he is sick, but because he is healthy.

5 thoughts on “Close-Up: The Face of the Fire”